The Javan rhino, a formerly native animal to Vietnam, has been extinct in Vietnam since 2010, when the last individual was found shot dead in Cat Tien National Park, Vietnam. Rhinos in Africa and Asia continue to be hunted and killed for their horn, which is smuggled into black markets in Vietnam and China. Formerly believed to hold medicinal value, now rhino horn is bought by the rich to flaunt their wealth.

Rhinos are large herbivore mammals found in both Asia and Africa. Right now, there are five species of rhinos living in small and protected areas. The black rhino and the white rhino are found in Africa, and the Sumatran, Javan, and greater one-horned rhinos are found in Asia. The Javan rhino, a formerly native animal to Vietnam, has been extinct in mainland Asia since 2010, when the last individual was found shot dead in Cat Tien National Park, Vietnam.

Black, greater one-horned, Javan, and Sumatran rhinos are afforded protection under CITES Appendix I. Trade in these species and their products for commercial purposes is strictly prohibited. White rhinos (listed as Near Threatened on the IUCN Red List) are protected under Appendix II, which allows trade under certain circumstances.

According to the latest figures reported by South Africa’s Department of Environment, Forestry and Fisheries (DEFF), 451 were poached in South Africa in 2021, 14.5% more than 2020.

Since the late 1990s, rapid economic growth and a rising standard of living in Vietnam have increased demand for traditional forms of medicine made from wildlife. Tiger bone, bear bile, pangolin scales, and rhino horn are now available to a new group of consumers that could previously not afford such expensive products.

While there is no longer much belief in the medicinal value of rhino horn, the monetary value of rhino horn gives rich individuals the opportunity to flaunt their wealth. As a result, the illegal smuggling and trading of rhino horn is a flourishing black-market business in Vietnam. In fact, a number of Vietnamese nationals have been connected to both illegal hunting and smuggling of rhino horns from South Africa to Vietnam. According to International Rhino Foundation, Vietnam is now the primary consumer country for rhino horn.

It is too late for Vietnam’s last rhino, but not too late for other rhinos in the world. Vietnam must share the responsibility of protecting rhinos by enforcing the law and dismantling transnational rhino horn trafficking networks.

In 2018, Vietnam’s new Penal Code came into force after years of close collaboration between decision-makers in Vietnam and ENV. The new Penal Code increased punishment for crimes against rhinos by closing loopholes in the law, prescribing up to 15 years in prison and over USD $86,000 in fines for wildlife crime, and including “possession” as a criminal offense, which allows criminals to be sentenced to prison for possession of rhino horn and other endangered wildlife products.

What ENV is Doing to Protect Rhinos

1. Raising Awareness and Educating the Public

Since 2004, ENV has produced and released more than 47 Public Service Announcement (PSA) films for television. ENV PSAs air on between 60-80 national and provincial TV channels, reaching millions of viewers. Our PSAs have also been broadcast by our corporate partners at venues such as movie theaters, hospitals, and on Vietnam Rail TV (trains).

Whilst some films are emotional and shocking, some are comedic, poking fun at the consumption of rhino horn. Using several different approaches, ENV hopes to appeal to a wide range of consumers and potential consumers.

As part of an ongoing initiative aimed at raising awareness amongst government employees, ENV has partnered with a number of central ministries to place informational banners in the main lobbies and entrances of buildings. ENV also formed partnerships with luxury car dealers including Mercedes – Benz, BMW, and MG, expensive fitness centers, and luxury shopping malls in order to display awareness-raising materials and hold interactive events.

In December 2015, ENV joined forces with Save the Rhino International and Hanoi Red River Runners (RRR) to promote the 9th Annual Song Hong Half Marathon. The race drew involvement from hundreds of Vietnamese locals and expats, and proceeds generated from the race went to raise public awareness about the threats to rhino and discourage consumption of rhino horn. The event attracted more than 500 participants, both Vietnamese and foreign.

In 2017, in order to oppose the drafted law allowing domestic rhino horn trade in South Africa, ENV launched a campaign to gain signatures against the law, an activity initiated by the wildlife protection organization Born Free in Vietnam. The campaign garnered more than 10,000 signatures. Additionally, Vietnamese stars such as Diva Hong Nhung, Artist Thanh Bui, MC Phan Anh, and other celebrities signed to participate in the campaign, and at the same time worked with ENV to spread the rhino protection message.

In May 2016, ENV and Save the Rhino International (SRI) partnered together on the campaign “Save the Rhino Vietnam.” The campaign lasted two weeks with the participation of Hollywood actor and film producer Paul Blackthorne, and many other activities were carried out during the campaign to raise public awareness and reduce consumer demand for rhino horn in Vietnam. 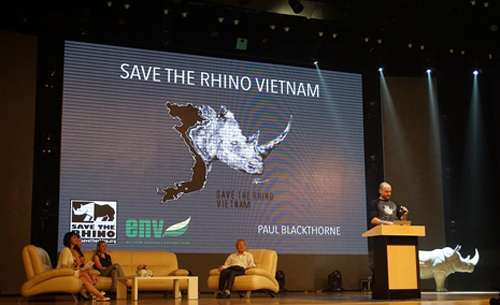 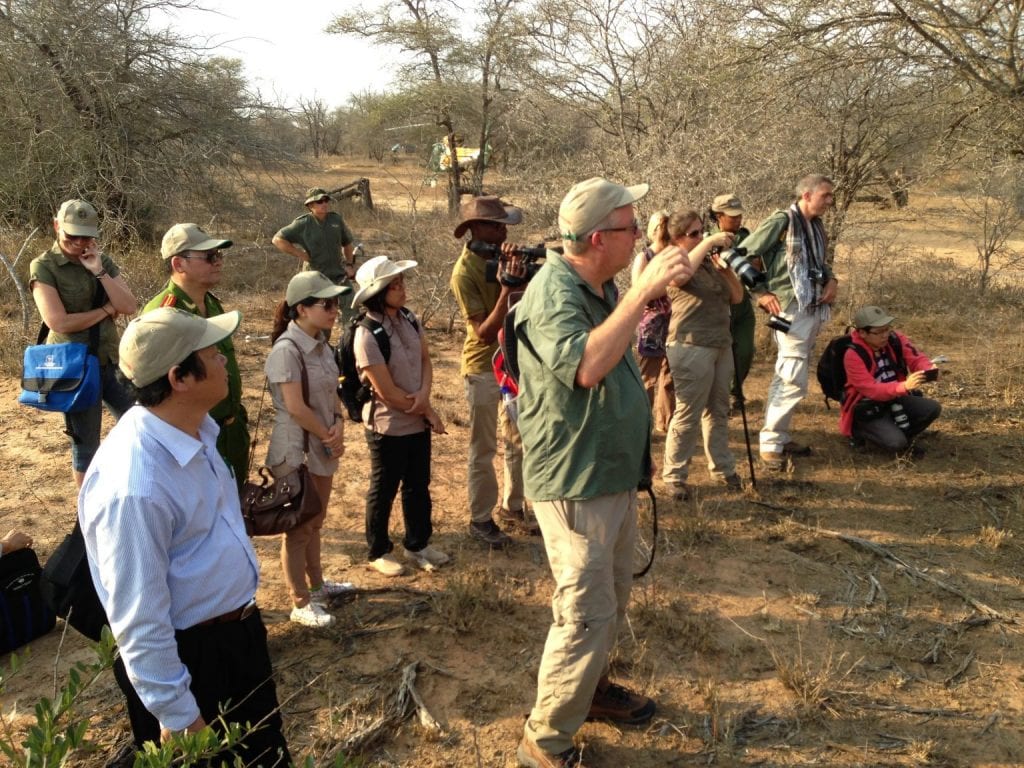 For two consecutive years, 2013 and 2014, ENV and the Rhinose Foundation jointly organized a working trip for prominent Vietnamese government officials and celebrities to visit South Africa to directly witness the extermination of rhinos driven by Vietnamese consumer demand. The participating Vietnamese delegation included Vice Chairman of the National Assembly Committee for Science, Technology and Environment, singer Hong Nhung, a reporter from Lao Dong newspaper, and environmental police and customs officers. After the trip, the members returned to Vietnam as advocates against rhino horn consumption and trade.

One of ENV’s biggest milestones for the protection of rhinos in Vietnam was the first arrest of a Vietnamese wildlife trafficking kingpin, Nguyen Mau Chien, who led one of five major Vietnamese criminal enterprises responsible for most of the known rhino horn, ivory, tiger, and pangolin scale trafficking to and from Vietnam.

Right after Chien’s 2017 arrest, ENV worked closely with the Supreme Court, Supreme Procuracy, and relevant agencies to ensure Chien received the highest punishment under the law. In March 2018, Chien was sentenced to 13 months in prison, and ENV immediately requested a review of the verdict citing wrongful application of the law and inadequate punishment.

Following ENV’s request, Hanoi Procuracy appealed the verdict, and in March 2019, Chien was sentenced to a total of 16 months in prison, which only added three months’ prison time to his sentence. As a result, ENV appealed the verdict again, this time to the Supreme Court of Vietnam. In 2020, the Supreme Court ruled the conviction overturned, ordering the district court to retry Chien with the purpose of issuing a more stringent punishment. Chien’s 2020 retrial added an additional seven months in prison.

ENV’s Wildlife Crime Unit tracks and responds to public reporting of rhino horn crimes through ENV’s Hotline, then assists law enforcement in addressing those crimes reported to ENV. ENV also actively cooperates with law enforcement agencies in Vietnam and South Africa to combat rhino horn smuggling by working with them to gather intelligence on key traders and criminal networks that are smuggling rhino horn into Vietnam. 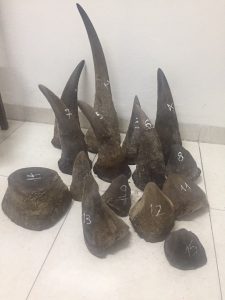