Pangolins are highly valued for their scales and meat, making them the most trafficked mammal in the world. Pangolin scales are used in traditional medicine, believed to improve lactation for mothers of newborn children. The huge demand for their scales has almost wiped out all 8 species of pangolin, driving up the price of these endangered animals and making their expensive meat a luxury meal for the rich. While there is high demand in Vietnam, the majority of trafficked pangolins are destined for China after passing through Vietnam’s borders. 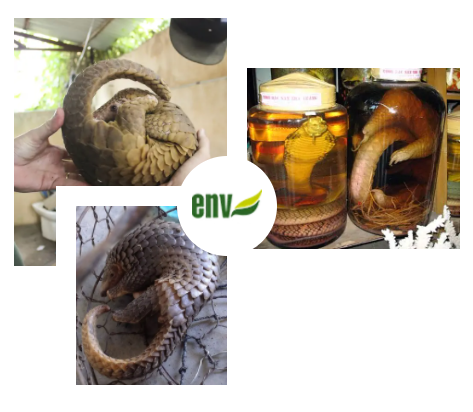 Vietnam is home to two species of pangolin, the Chinese pangolin (Manis pentadactyla) and the Sunda pangolin (Manis javanica). There are 6 other species of pangolins found in Asia and Africa. Pangolins are the only scaly mammals in the world, covered in hard scales made of keratin that protect them from predators. Pangolins can extend their tongues as far as 40cm to eat ants and termites.

In Vietnam, pangolins are commonly consumed at restaurants as specialty dishes or their bodies are placed in jars of wine. Their scales are highly prized for use in traditional medicine.

While the demand for pangolin meat is a growing problem in Vietnam, the majority of traded pangolins are being smuggled to China.

Live pangolins are hunted in Vietnam’s forests or smuggled from Cambodia and Laos through the borders of central provinces like Ha Tinh. Frozen meat and pangolin scales are often trafficked by sea, increasingly arriving from Africa as Asian pangolin populations continuously decline. Hai Phong is a major seaport in Vietnam where pangolins are often smuggled into the country before being transported north to the Chinese border by road.

Most live pangolins are destined for Chinese markets, though some find their way to restaurants or traditional medicine shops in Hanoi, Ho Chi Minh City, and other major cities in Vietnam.

In 2019, ENV recorded 124 pangolin violations which resulted in over 23,700 kg of scales and pangolins confiscated by authorities. Nearly 17,000 kg of those pangolin scales were found and seized in Hai Phong, a majority of which were in containers originating from Nigeria. In 2020, there were less seizures of pangolin scales, but another 124 pangolin violations recorded by ENV. From those violations, 66 pangolins were confiscated from Vietnam’s illegal wildlife trade in 2020.

In 2021, ENV secured the largest takedown of a pangolin scale trafficking network after months of investigation and collaboration with Hanoi Environment Police, who carried out a sting operation resulting in four arrests and 984 kg of white-bellied pangolin scales seized. That year, ENV also recorded 139 pangolin violations which included over 2,125 kg of scales and pangolins seized by authorities, as well as 84 pangolins successfully confiscated or voluntarily transferred out of the illegal wildlife trade.

What ENV is Doing to Protect Pangolins

Since 2005, ENV has sought to strengthen law enforcement by working closely with officers and members of the public to combat wildlife crime.
Many cases involving pangolins have been reported by the public through the ENV National Wildlife Crime Hotline 1-800-1522.

In 2013, ENV began major campaigns in Ho Chi Minh City and Hanoi targeting restaurants, traditional medicine shops, bars, and other businesses advertising and selling wildlife such as pangolins. These campaigns lasted until 2015 and resulted in an overall 58% reduction in consumer crime in the both cities. A few districts even saw as much as 77% reduction in wildlife consumer crime.

In 2015, ENV launched a campaign targeting traditional medicine (TCM) shops in 16 cities with the aim to convince proprietors to voluntarily remove pangolin scales from their premises.

Today, ENV continues to target new areas and cities to progressively reduce crimes involving pangolins. ENV investigators continue to piece together a better picture of the criminal networks that are actively engaged in the sourcing, smuggling, and trade of pangolins in and through Vietnam.

Recently, major efforts have begun to ensure that pangolin cases are handled by provincial governments in accordance with the law and recognizing pangolins as fully protected. ENV’s efforts include prohibiting the practice of auctioning off confiscated pangolins by authorities and ensuring that smugglers and traders are criminally prosecuted for pangolin related crimes.

In 2019, ENV recorded the highest punishment ever for pangolin crime in Vietnam. The Supreme People’s Court in Quang Ninh province sentenced Pham Ba Kim (35) to 13 years in prison for illegally possessing 145 pangolins, 7 kg pangolin scales, and 71.4 kg elephant skin. A comprehensive list of pangolin crimes and criminals from 2019 can be found in the first 2020 Wildlife Crime Bulletin. 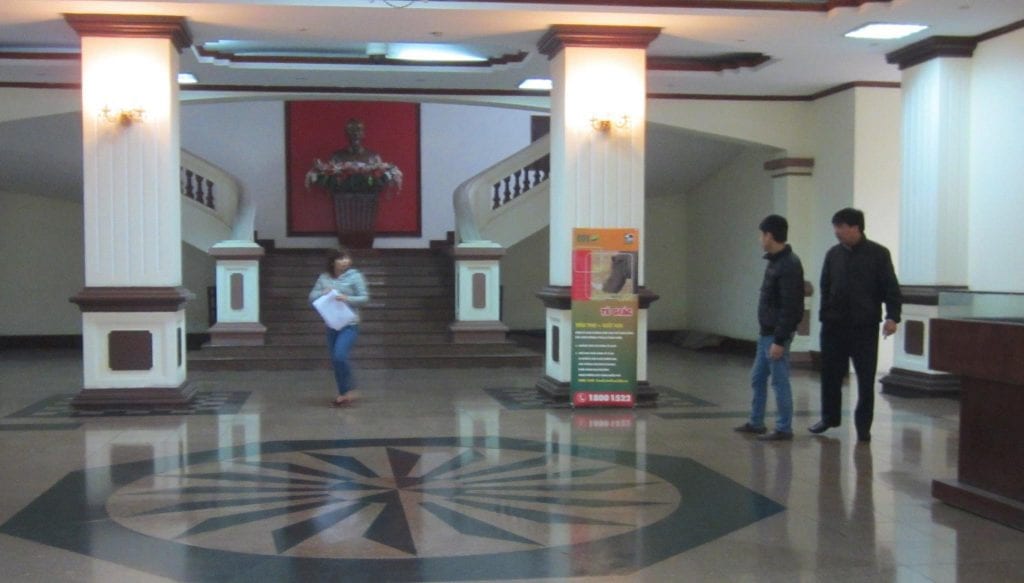 Partnerships with 10 ministries to display pangolin awareness banners and materials at the entrances of their offices which urge government staff to say ‘NO’ to pangolin consumption. The banners also encourage them to report pangolin crimes to law enforcement or ENV’s hotline. The ministries displaying these banners include Ministry of Justice, Ministry of Foreign Affairs, Ministry of Culture, Sport and Tourism, and Ministry of Agriculture and Rural Development 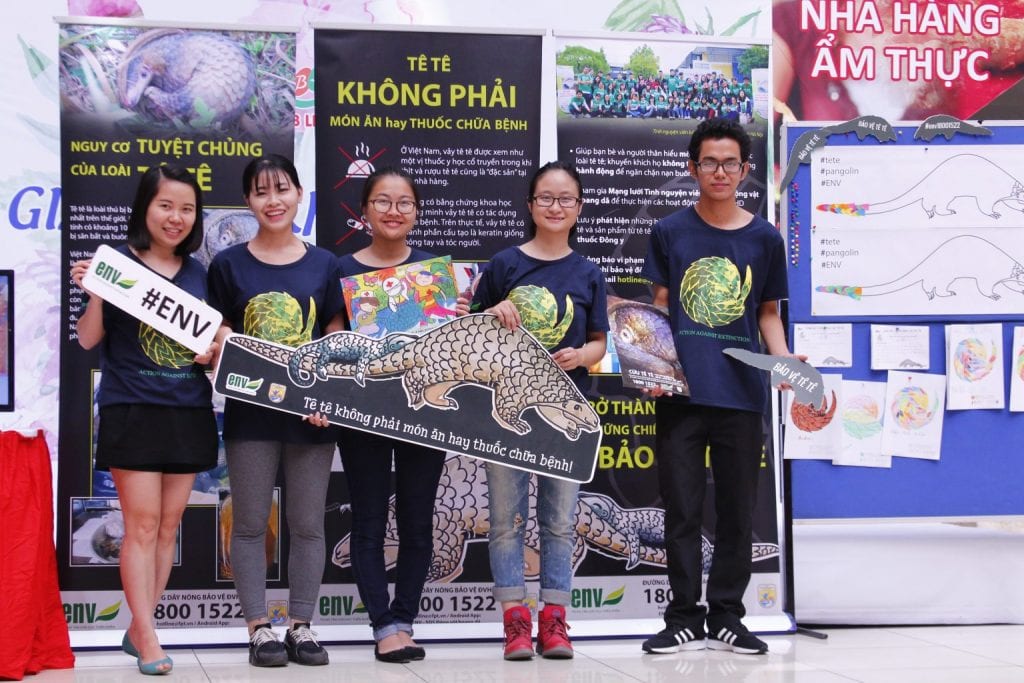 Engaging the public in city centers, markets, schools, and universities to educate about the lack of medicinal value in pangolin scales as well as the alarming rate of destruction for all 8 pangolin species