Each university seminar includes a presentation on the illegal wildlife trade crisis, a debate, and ENV’s bear play is performed by the students.

In the market initiative, large banners are hung prominently at markets to raise shoppers’ awareness of wildlife trade and consumption.

In addition to hundreds of seminars, public exhibitions, and art and writing contests, ENV has also partnered with hundreds of journalists who help deliver ENV’s wildlife protection messages to millions of Vietnamese people through mass media. Millions more have been reached through over 45 Public Service Announcements (PSAs) in the form of short films produced by ENV, and aired free of charge on up to 60 national and local TV channels. Moreover, ENV’s long-term partnership with Voice of Vietnam (VOV), the most listened to radio station in Vietnam, has allowed for the monthly airing of ENV radio shows and Hotline advertisements to mobile and rural audiences since 2005.

Each PSA is aired on up to 60 television stations nationally, reaching millions of viewers. All ENV PSAs have the dual value of promoting demand reduction messaging and advertising the ENV Wildlife Crime Hotline.

In 2020, ENV reached over 17 million people through social media ads and posts. Additionally, 47-60 TV stations aired 4 ENV Public Service Announcements, and ENV messages aired 17 million times a day on LCD elevator screens in buildings across Hanoi for a 2-month period. Also, ENV’s media statements alerting journalists to breaking wildlife trade news resulted in 780 articles written and published on multiple news websites. And finally, 648 ads aired on Voice of Vietnam National Radio Station. These ads, articles, and social media posts all communicated important messages to the public including the end of bear farming in Vietnam, the zoonotic risks to public health from wildlife trade and consumption, and that selling, advertising, trading and possessing wildlife illegally is punishable by up to 15 years in prison. 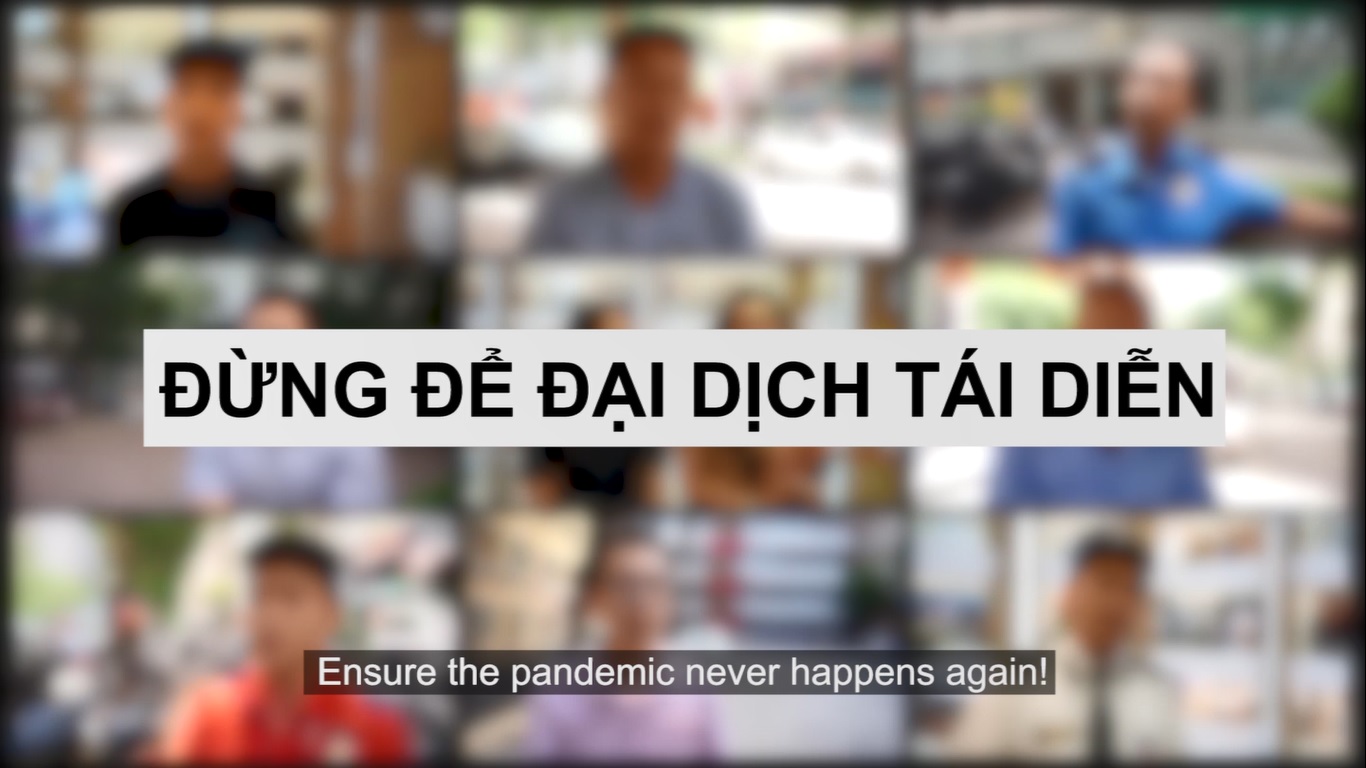 In response to the global crisis, ENV has launched the “NEVER AGAIN’ campaign, calling on the Vietnamese government and the public to take drastic measures to eliminate the illegal wildlife trade and curb the demand for wildlife.

In addition to extensive demand reduction campaigns, ENV also recruits, trains, and manages a national network of volunteers. As of January 2021, ENV has enlisted over 7,000 volunteers in 59 provinces nationwide. ENV’s volunteers play a critical role as our eyes and ears on the ground, helping to monitor for wildlife crime in restaurants, pet shops, traditional medicine shops, and other business establishments. Volunteers not only report wildlife crime but also monitor reported locations to ensure that establishments no longer violate wildlife protection laws. Additionally, ENV trains and supports volunteer clubs in six major cities throughout Vietnam, enabling them to carry out public awareness events to educate their local communities about wildlife trade issues.