ENV recognizes that business can play a valuable role in supporting conservation efforts. In fact, securing a shared commitment from the corporate sector in the fight for wildlife protection is an important part of the solution.

Through our Corporate Program, ENV works with businesses in a number of ways. 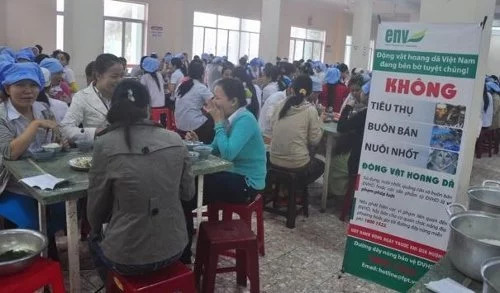 Become a Wildlife Safety Zone: Vietnam-based companies can support ENV’s awareness campaign by becoming a “Wildlife Safety Zone” and encouraging their staff members to say NO to wildlife consumption. In this way, a business sets a positive example to its staff, reinforcing the wildlife protection message and helping ENV to reach a broader audience.

Partnerships: Business can also work in partnership with conservation initiatives, and support or actively be involved in awareness activities and events. For example, in 2008 Toyota Motor Vietnam partnered with ENV in the “GO GREEN – for the Preservation of Nature” project, to host environmental communication training courses for educators from national parks and nature reserves. During the partnership, seven 10-day intensive training programs were carried out and 21 small grants were awarded to the best participants to implement a variety of awareness activities in communities bordering their respective protected area.

In-kind support: Donating in-kind support is another way a business can contribute to conservation. For example, in 2012 Goldsun Focus Media donated free air time to show ENV’s wildlife trade public service announcement (PSA) on public LCD screens throughout Hue and Da Nang cities. Over a period of months, the PSA was played at various locations including airports, hotels, commercial buildings, and shopping malls. ENV also continues to work with Sen Communications to air its PSAs on Rail TV, which is broadcast on trains travelling between central Vietnam and Ho Chi Minh City. 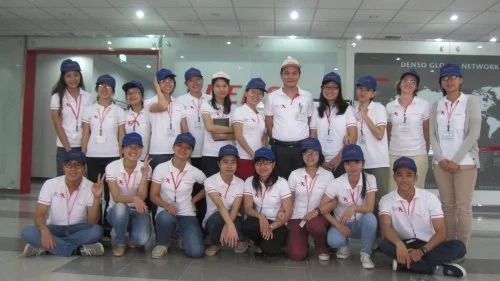 Although the idea of corporate social responsibility is not very well developed in Vietnam, ENV hopes to see this field expand in the near future as businesses recognize the benefits of “getting involved” and contributing their support to building a better Vietnam.

By engaging in effective partnerships with local organizations such as ENV, businesses can contribute to strengthening civil society and help to meet the challenges that we face in ensuring the future of our rich biodiversity.