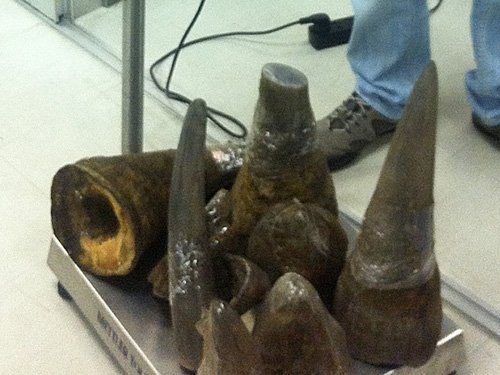 After searching his luggage, the police discovered six rhino horns weighing a total of 16.5kg, which were covered under layers of aluminium sheets, polystyrene and clothes. Some of the horns were still fresh. The man admitted that he had illegally transported these horns from Mozambique to Vietnam.

The case is being investigated for further details.