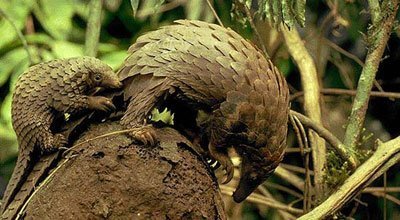 Vietnam and Indonesia have signed a Memorandum of Understanding (MoU) on the protection of wild animals, including reptile, tortoise and pangolin.

Present at the signing ceremony in HCM City on December 27 were representatives of the Vietnam Ministry of Agriculture and Rural Development (MARD) and the Directorate General of Forest Protection and Nature Conservation of Indonesia.

MARD Deputy Minister Ha Cong Tuan said the two countries will promote information exchange and work closely together to control the smuggling and trading of wild animals across the border. Both agreed to increase law enforcement.

Mr. Darori, Director General of Forest Protection and Nature Conservation, said that Indonesia and Vietnam have become major centres for transport wild animals such as pangolin, tortoise and reptile in the Southeast Asian region. Close cooperation between the two countries will significantly contribute to animal protection and natural conservation.

For Indonesia, he said, the MoU will help the country prevent illegal hunting and smuggling of wild animals.

Both Vietnam and Indonesia are members of the ASEAN Wildlife Enforcement Network (ASEAN-WEN), the Convention on International Trade in Endangered Species (CITES), and the Convention on Biological Diversity (CBD).