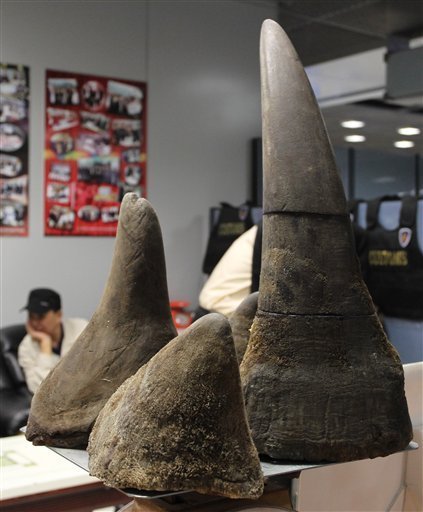 The Ministry of Agriculture and Rural Development (MARD) is composing a draft decision to completely ban the importing of all endangered wild animal species such as rhino, tiger, pangolin, black bear/ sun bear to be imported to Vietnam. The Prime Minister is expected to sign off on the decision by the end of the year.

Rhino horns confiscated by the authorities.

The draft decision aims to forbid all importation involving any flora and fauna listed on CITES, dead or alive, any part, essence or product from these species. Including Rhino, Tiger, Elephant, Pangolin, Black bear and Sun bear.

The only exception is for political purpose, or for scientific research, zoos exchange, non-profit exhibition; non-profit performance; sample exchange between CITES authorities; or as as prescribed in Clause 3 and Clause 5, Article 5 of Decree No. 98/2011/ND-CP.

The draft decision has been officially announced to collect opinions from the public.